Amelita Paradela and members of her family have not been able to evacuate the small island of Bantayan in the face of a storm which has estimated 190 mile per hour (305 Kilometers per hour) winds.  Surge may be high on the low lying island.  We have been on the phone to her and other family members in the area.  Many are making contingency plans to evacuate in case of severe storm surge.  However, on the north end of the island at Madridejos, where Villacarlos Academy is located, there are only plans of riding out the storm.  The eye is projected to approach dangerously close to the island perhaps sometime early tomorrow morning.  Conditions are expected to worsen by about 18:00 their time. 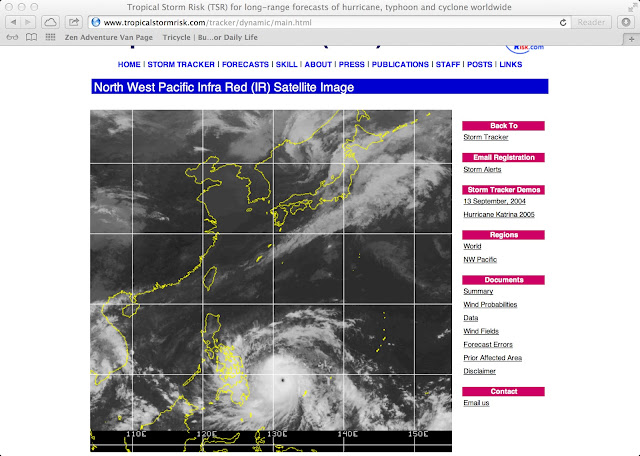 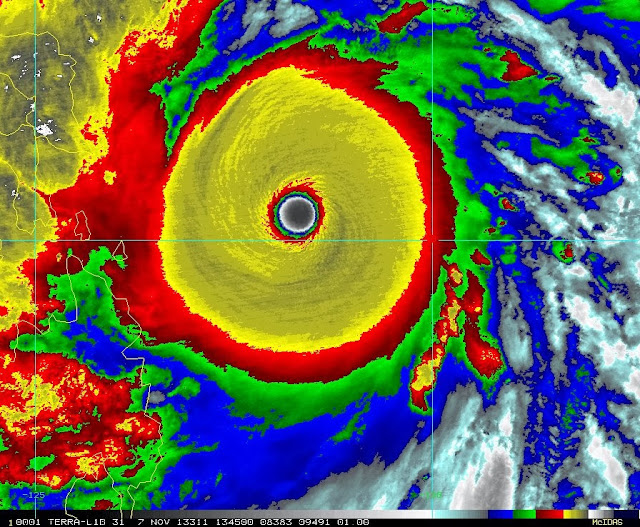 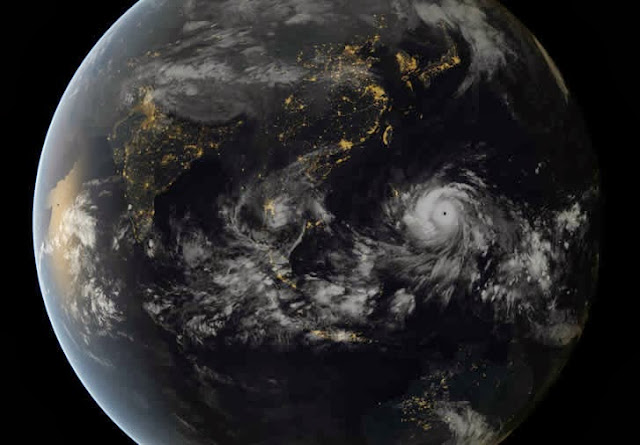 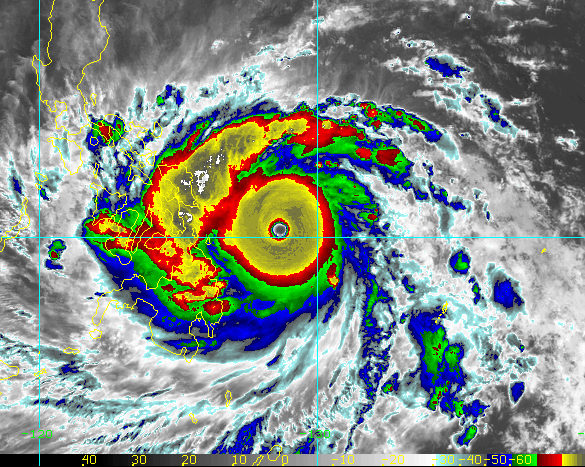 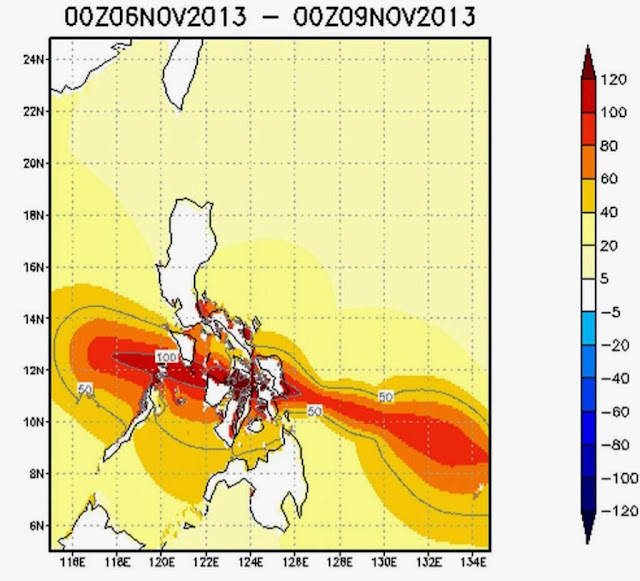 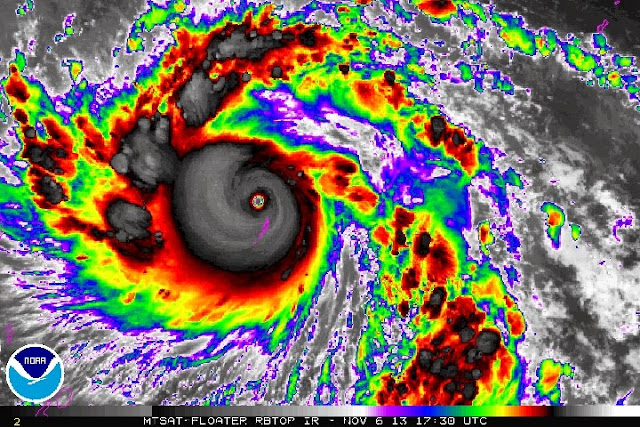 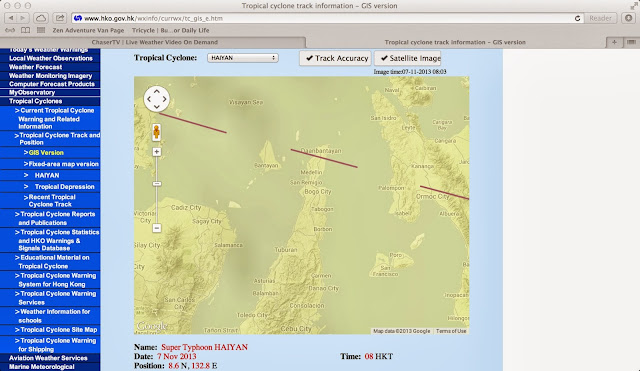 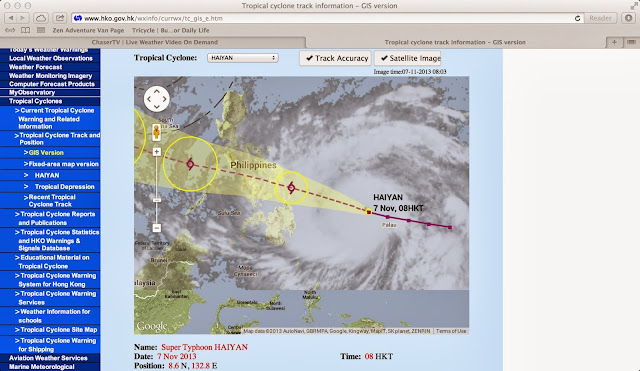 We visited the area in September, and returned home to Kansas City in October.  As I blogged about our day trip to Bohol, a 7.2 magnitude earthquake struck within a few kilometers of the area I was blogging, thus destroying many of the sites we visited and altering the lives of the people we met, including our driver/tour guide, who hasn't been able to provide for his family since the earthquake.  Now, many people in Bohol are still homeless and are having to deal with the effects of Super Typhoon Haiyan, named Yolanda, in the Philippines.  Amelita Paradela runs a private school south of Madridejos for children of poor fishing/farming families who would not be able to educate their kids otherwise.  The village of Madridejos is on the north end of  Bantayan Island.  The population of the island is estimated to be around 136,960 people (source wikipedia -- http://en.wikipedia.org/wiki/Bantayan_island ).  The area is also recovering from a tropical depression which hit the area with destructive tornados, which struck the family home in Compostela, Cebu, according to Amelita Paradela.  There were also reports of tornados hitting in and around Cebu City from the same storms.
Here is a video that shows Madridejos and Villacarlos Academy...
Port of Hagnaya, ferry service to Bantayan Island has been suspended.  Ferry's are the only way to and from the island for most of its residents and visitors.  Hagnaya is also in danger from the Typhoon. 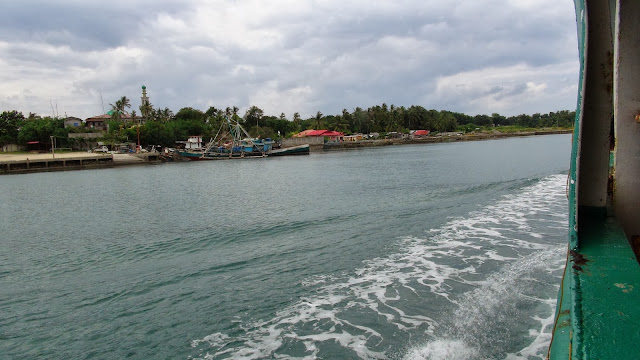 Villacarlos Academy, where Amelita Paradela is riding out the storm. 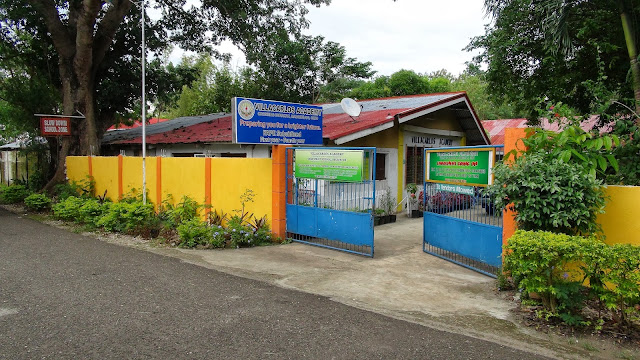 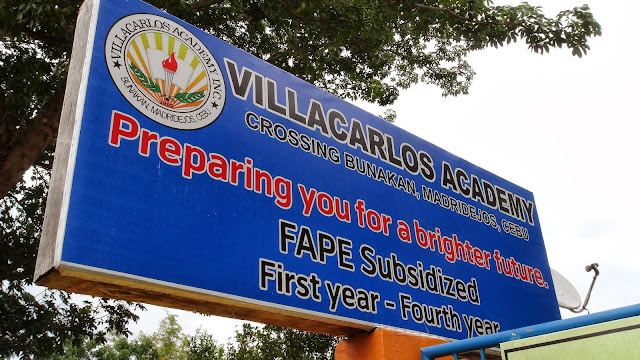 Students and staff at the school 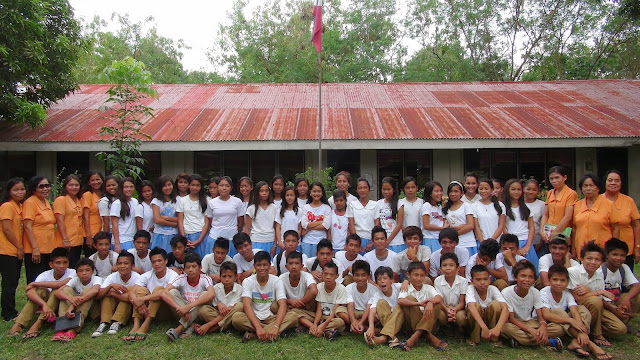 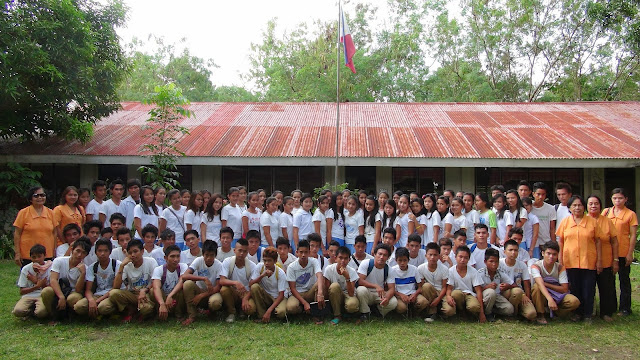 A picture we took with the family in the school.  Most of the family are on the island facing down the category 5 Typhoon. 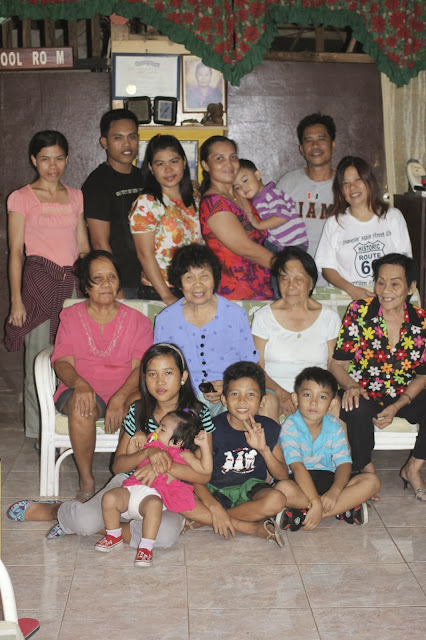 This house is about 200 yards from the northwestern edge of the island.  It has a corregated roof with concrete block wall construction.  It is houses such as these that our family members and many on the island have to deal with 150mph plus winds.  A lot of houses in the area are made of lesser materials, such as plywood and even nipa. 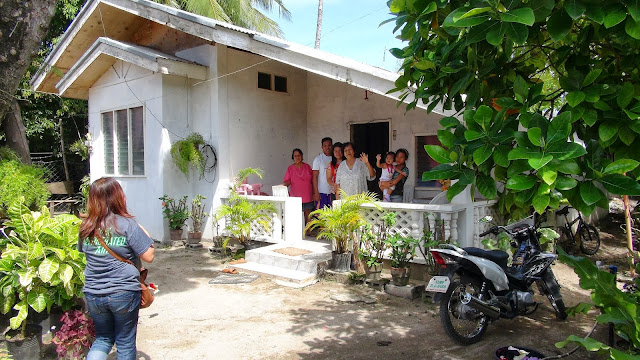 Municipality of Bantayan, on the southeast part of the island. 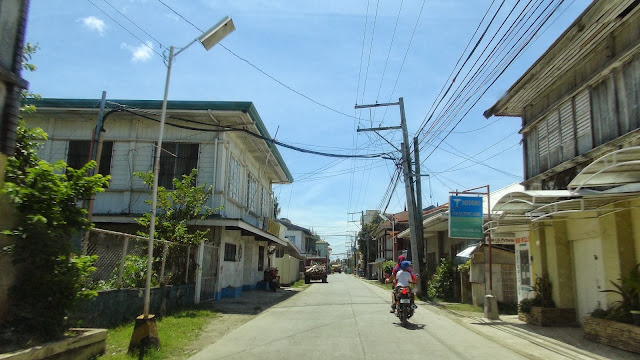 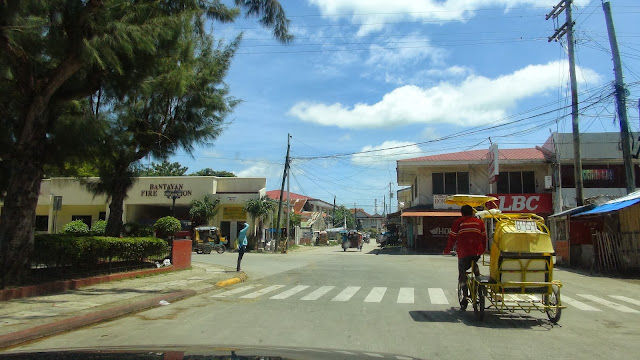 Madridejos is a fishing village, and many make their living from the sea. 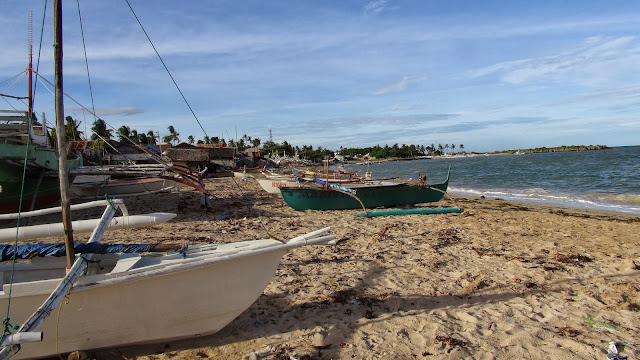 Madridejos sticks out as a point on the north end of the island.  A category 5 storm is not good news. 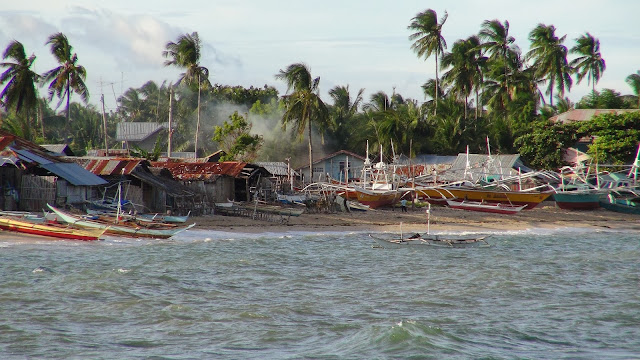 Madridejos by our Aunts House 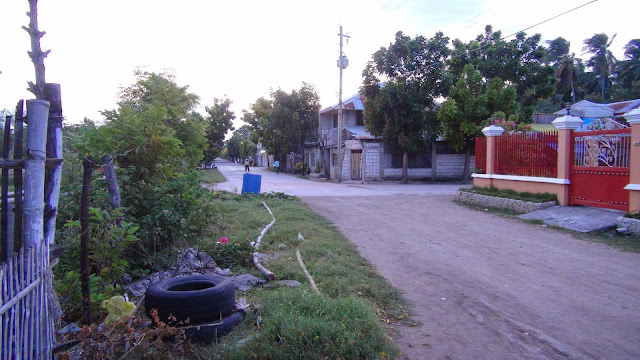 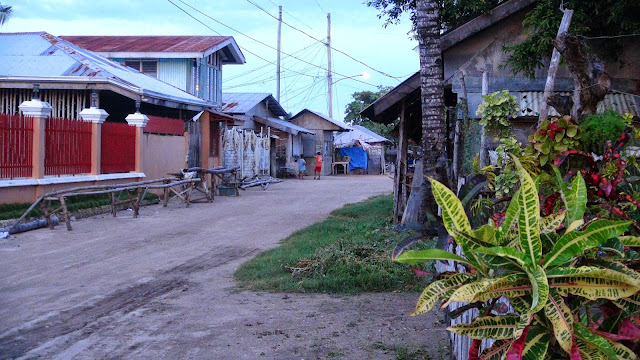 This is the house of Suyen's grandparents, which is a little more substantial, and multi story.  One of her other aunts lives here. 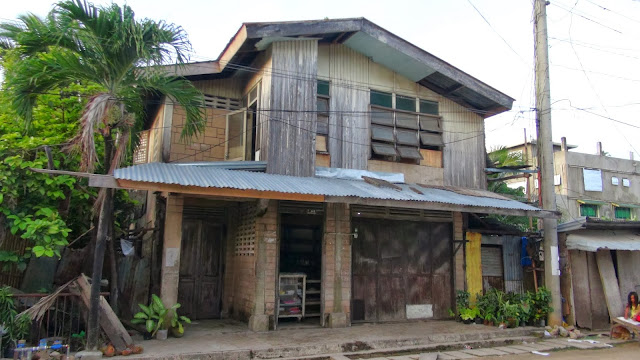 The view looking west from Madridejos from Kota Park.  The typhoon is heading from this direction. 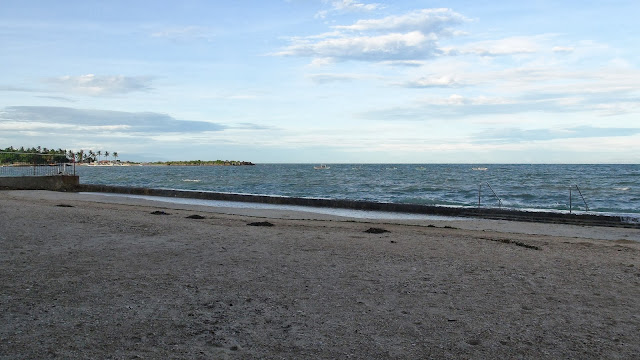 These are the types of structures right on the beach, which I am afraid many people are choosing to ride the storm out in. 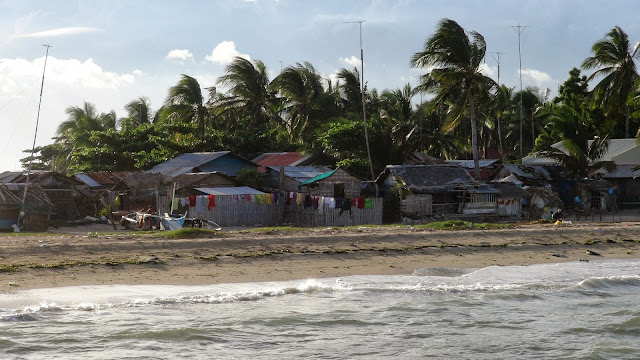 Posted by Stella Svoboda at 12:34 8 comments: Links to this post