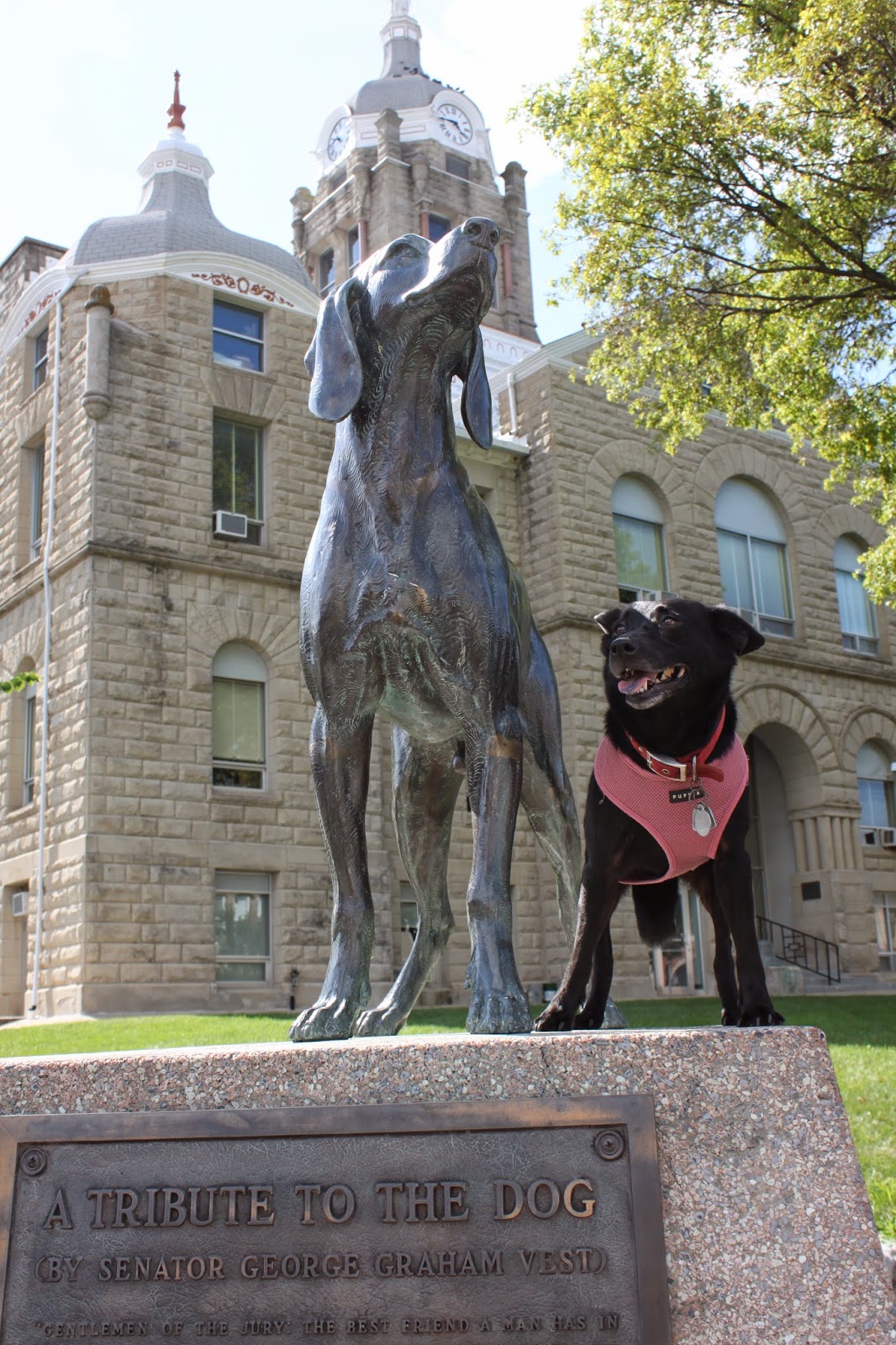 Bisaya is the dialect of the Visaya's region of the Philippines.  One day, my wife, Suyen, who is from Cebu, the capitol city of Cebu province in the Visaya's, was praying fervently in church.  I asked her what she was praying for, and she said "a puppy." 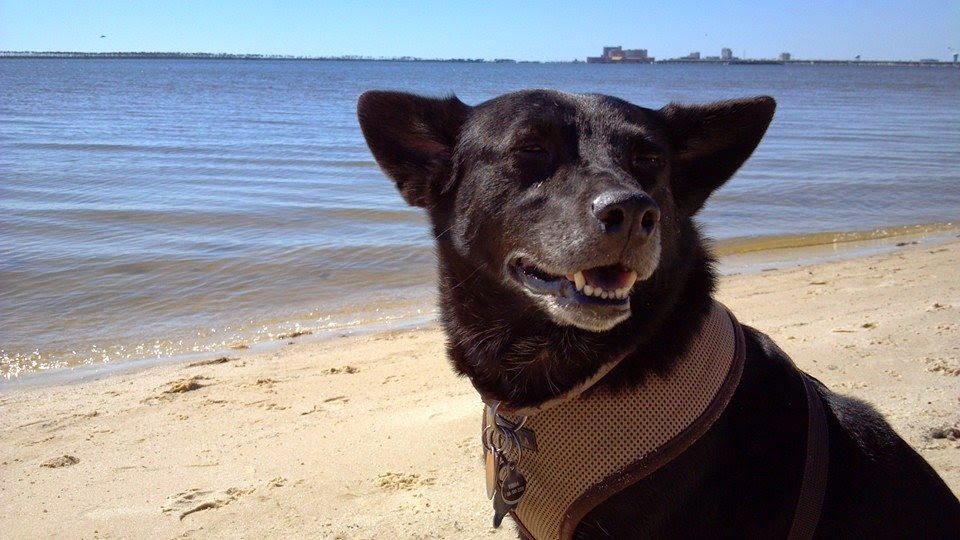 A week later, I was on one of my exercise walks on Z highway, in Bates City, where we lived.  I saw a sleek little black dog playing with the neighborhood dogs.  This dog looked like a little black fox to me, she had no collar and was very very friendly.  She decided to follow me after I petted her.  When we got to I-70, where we had to cross over, she was afraid, so I carried her across.  She did not mind a bit.  My wife was not warm to her at first.  She said that Tima was a plain looking dog.  I said that I would knock on doors where I found her the next day, which I did, to find the owner.  No-body knew of her or where she came from.  She became our dog, in that, I mean she adopted us. 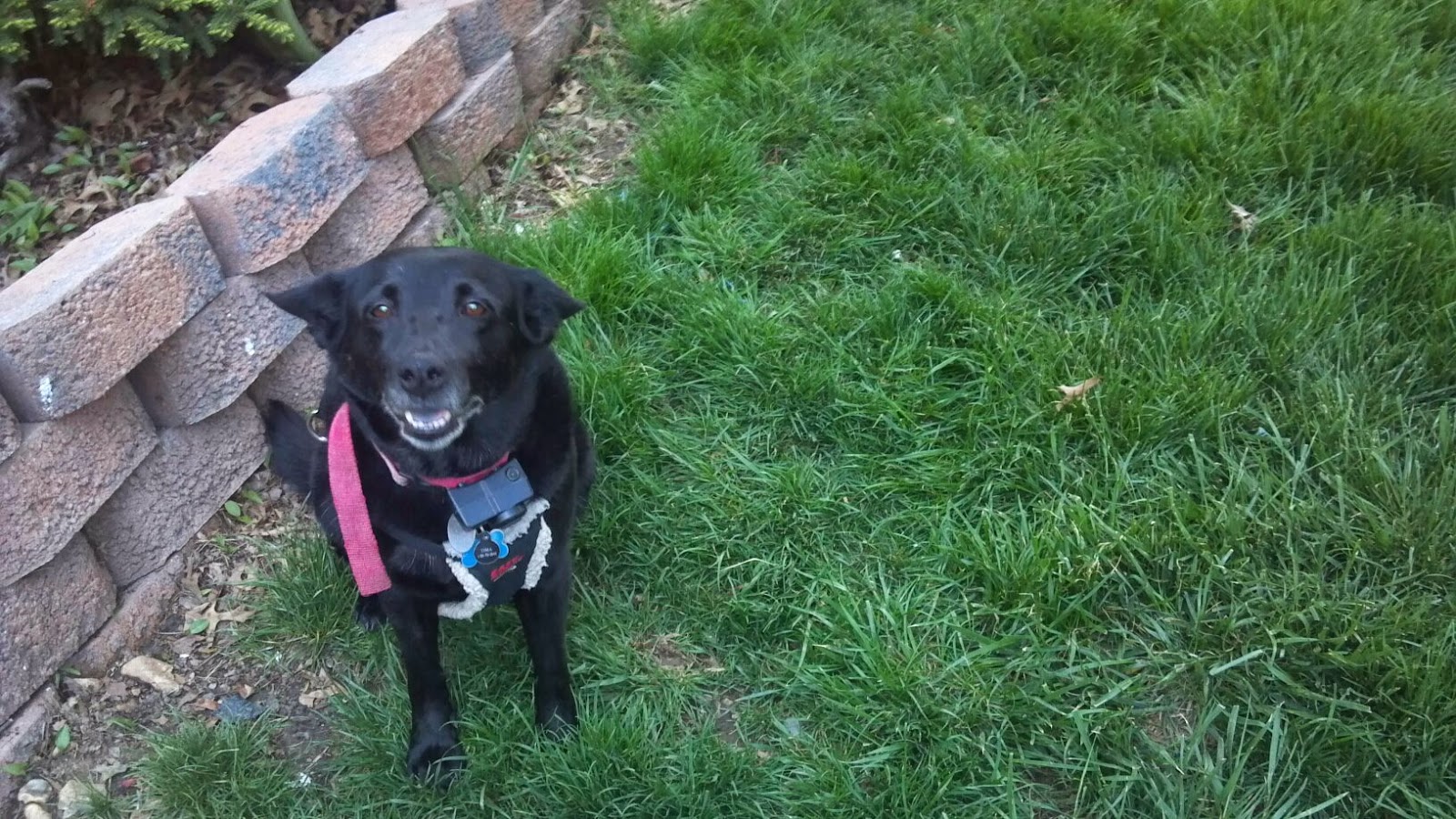 Suyen warmed up to Tima.  At first, she didn't want her in the house, as she thought dogs were dirty.  Tima worked her way into our house and into Suyen's heart.  I didn't know what to name her when we found her.  I came up with goofy names like "Z Highway Dog" or Bates.  I had a thought.  Since Tima seemed to be an answer to Suyen's prayer, and Suyen had to learn to accept her as she was, a gift, a sign from God, then I would look up the words for small sign in Suyen's native toungue, Bisaya.  It came to be Gamay nga Timaan.  That sounded funny.  It would be hard to say all the time. However, we shortened it to Tima, and Tima was her name. 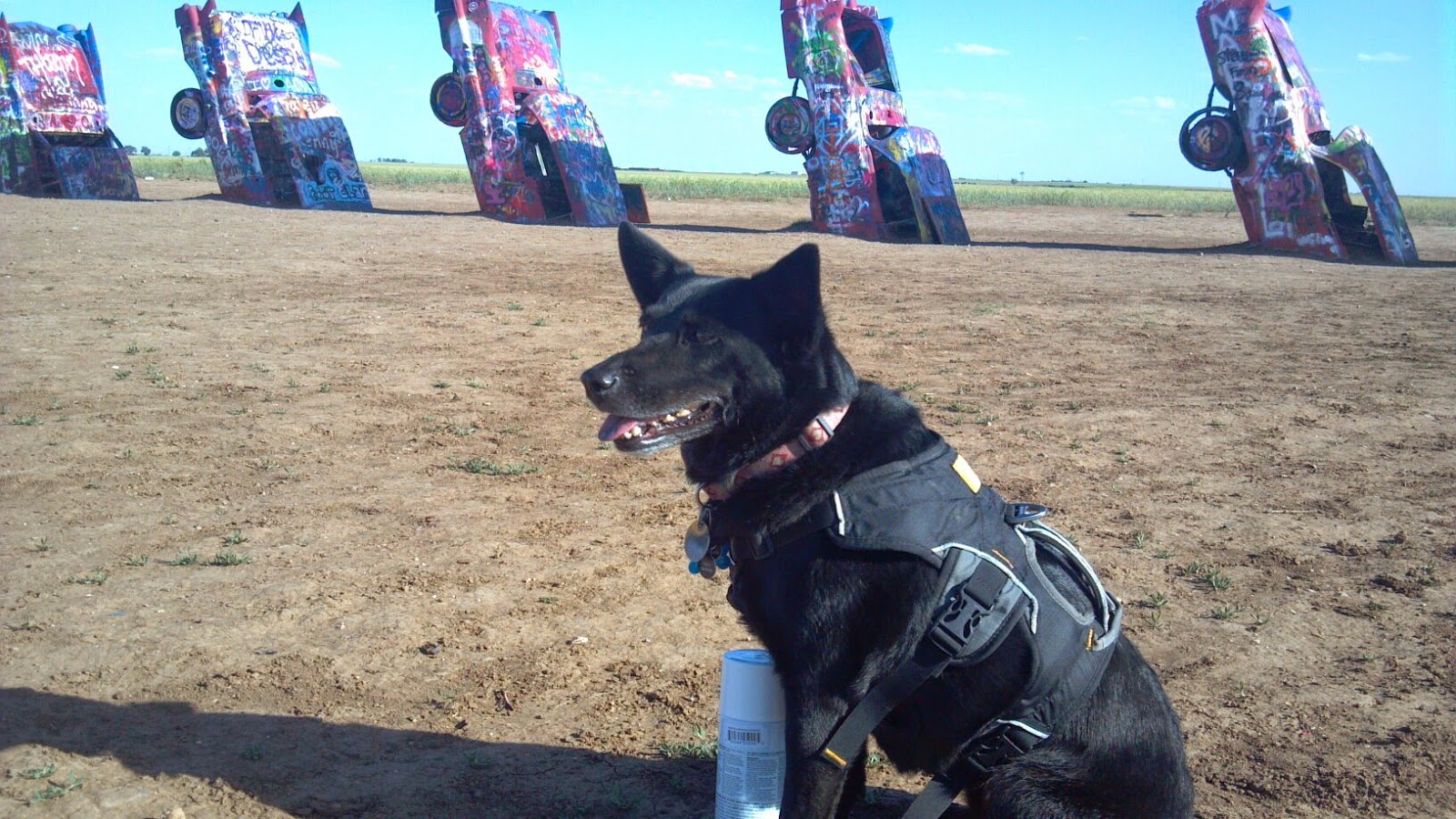 At first we were strict.  We kept her on a chain in the yard.  She was quite the escape artist.  She also had a way of leading all the neighborhood dogs.  Even after we had her spayed, which took her about two weeks to forgive us for, she was a natural leader of the pack.  She led dogs the same way she led humans, with charm and personality.  Everyone who got to know her loved her almost immediately.  I figured out that she was very smart and easy to train.  In no time, she was walking without a leash everywhere.  She was very eager to please.  When we walked into a coffeehouse, restaurant, or store, she would wait quietly and patiently by the door for us, if she were not allowed in.  She would often charm her way into many establishments and would cause a policy exception.  Where ever we went, a crowd would gather around her of people petting and loving on her.  That was especially true with children.  She loved cats, and actually became a surrogate mom to several of her own.  She would play very gently and patiently with them.  If they got rough with their claws on her, she would chide them with a growl, but nothing ever too violent or mean.  We found one quirk of hers, though.  She would save any meanness she had for drunks.  If she was sitting in front of a door, and somebody came too close to her with booze breath, she would chase them and nip at their pant leg or calf.  We got in a little trouble once with a guy who about stepped on her and got a nasty mark on his calf.  He was working, but was stinking drunk.  We think that in her past she was abused and abandoned by somebody who drank a lot. 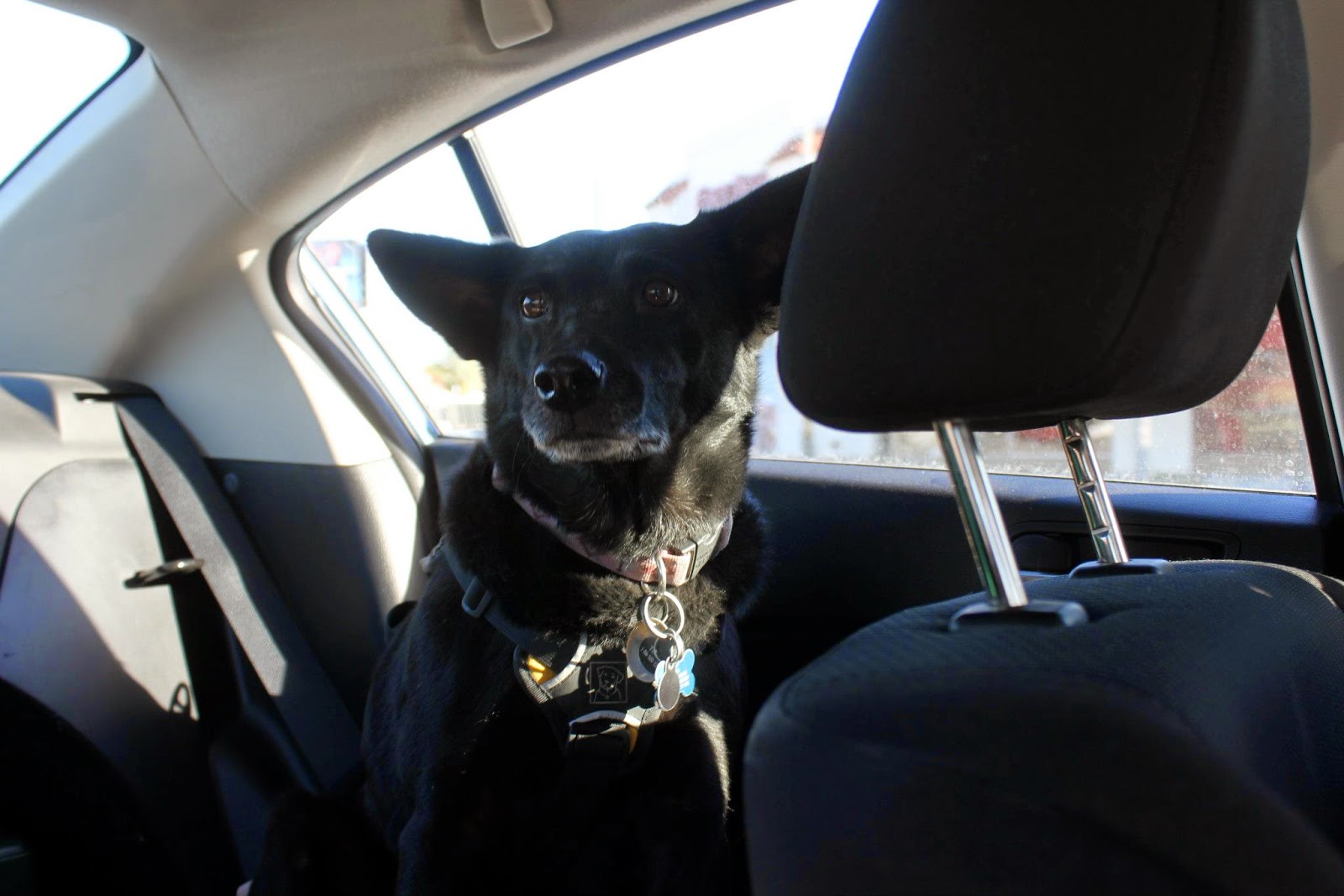 Tima traveled everywhere with us.  She was very quiet and suffered silently.  One time, I had to work during the day with a reporter, and I had to have Tima with me.  I don't remember exactly why.  She sat so silently in the back seat, that the reporter didn't notice her there for about half the day.  The reporter turned around and jumped in her seat, and exclaimed "there's a dog back there!"  I said, "yeah, that's Tima, I hope you don't mind."  That reporter and Tima have been friends ever since. 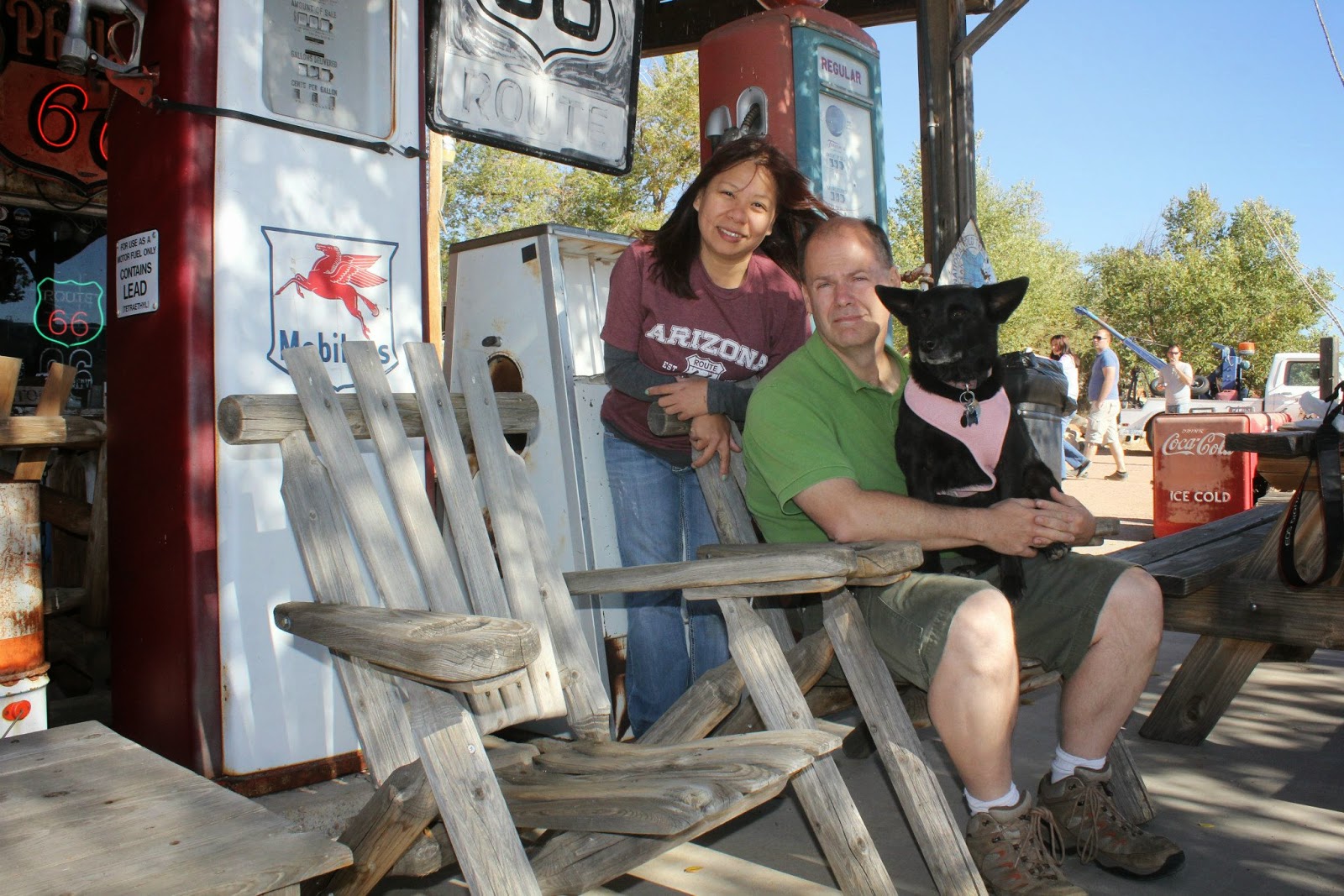 Tima has dipped her toes in the Atlantic and Pacific Oceans.  She has traveled the entire length of route 66 with us.  She suffered the cold of the Grand Canyon with us during an early October snow storm in 2009.  I would take Tima with me everywhere I went every chance I could get.  She traveled extremely well and seemed to love going places.  She would sit out at places like YJ's, where she became a familiar fixture on the front walk, and a good friend to many of the regulars.  She would annoy some of the baristas and customers with her habit of laying right in front of the door.  I taught her quickly to stay outside the door, even when it was opened.  Sometimes she would try to sneak across the door, and I would say "Tima, Threshold!" and she would back her toes across to the 'legal' side of the line.  She even charmed her way into my parents house during the surprise Christmas eve blizzard of 2009. 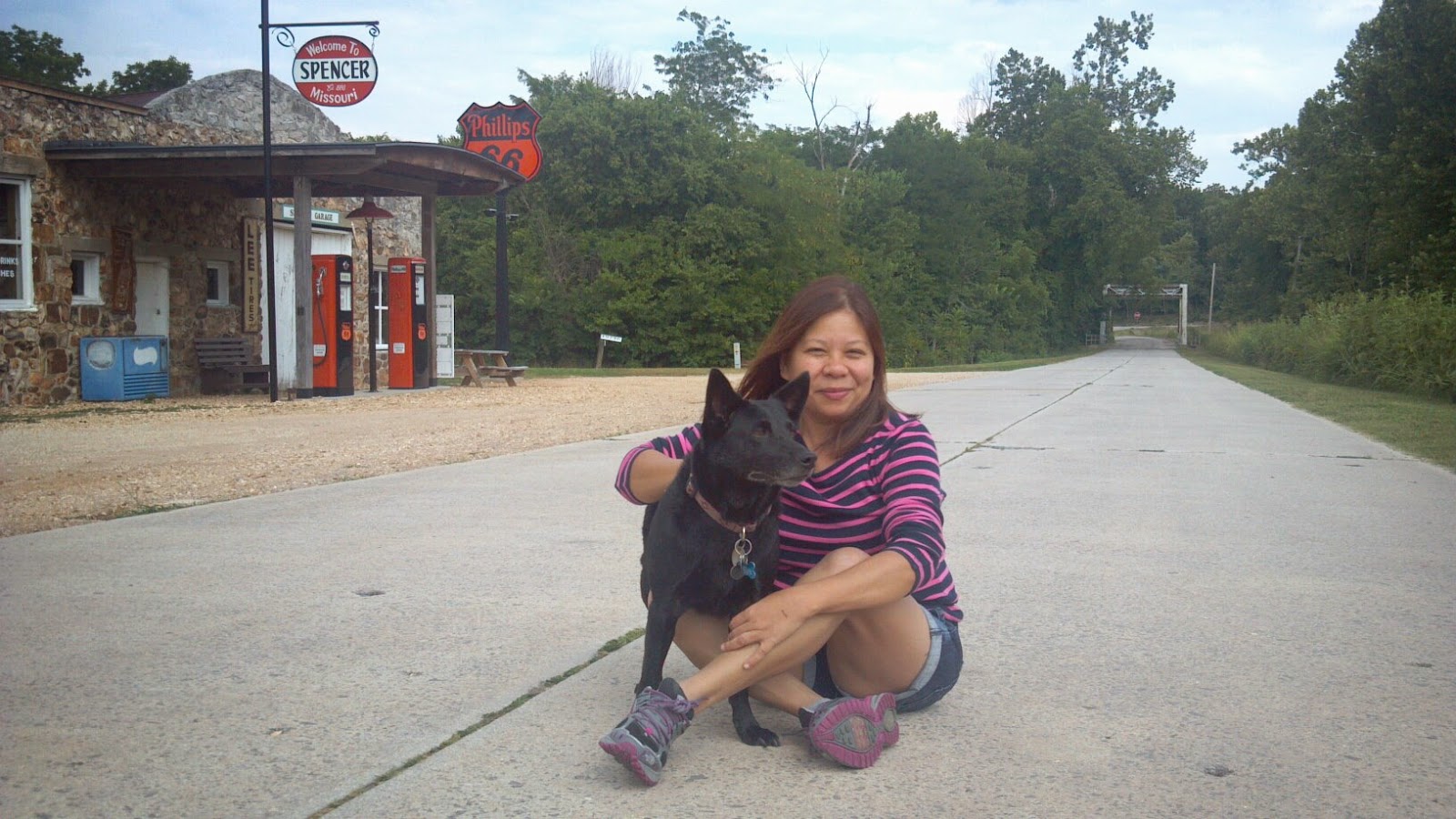 I anonymize myself with her.  I use her name for my Facebook identity.  I blog through her.  She became Tima Svoboda.  She even would get offers online from single men.  I would have to say that 'you do realize she's a dog?'  Some people would think I was being unkind, or insulting to a girl named Tima Svoboda, to which I would reply she literally is a dog.  I guess the anonymous identity really worked. 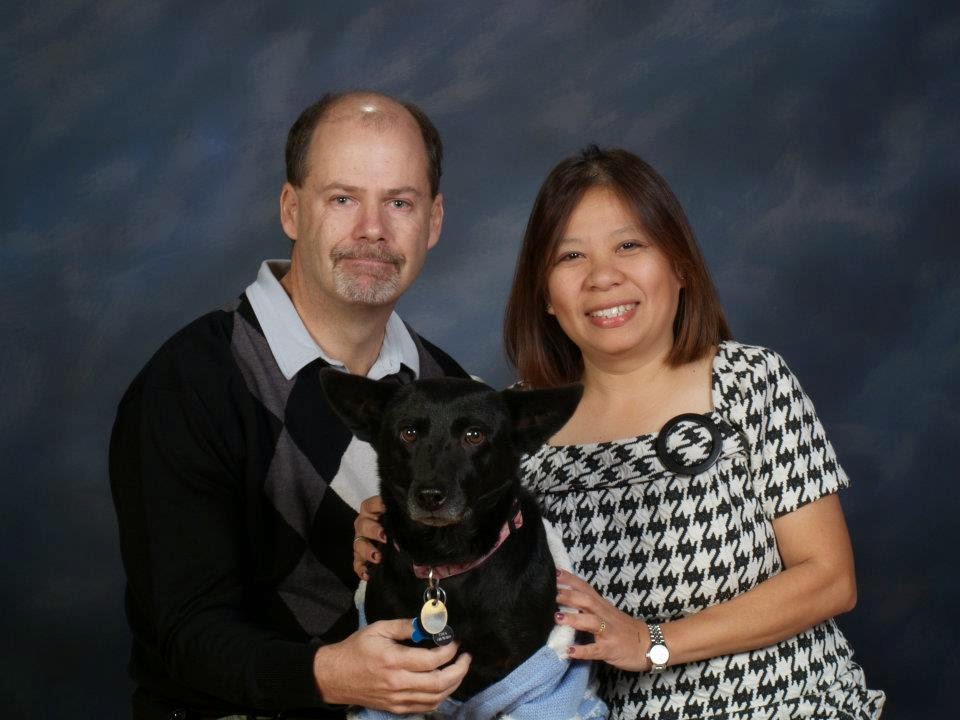 Tima was a part of our family.  She was our child.  She put up with us dressing her, and putting on weird costumes during Christmas and Halloween.  Yes, it was an indignity to her, and she let us know with the hang dog looks that she did not approve.  But, she put up with it, because she knew that when we put on a sweater in the cold weather, it meant she was going out.  We would never dream of leaving her at home.  It became a prerequisite to us that if a place wanted our business, they had better be dog friendly.  Tima was so patient and quiet, that we could throw a coat over her, and sneak her past the front lobby of the unsuspecting motel clerks.  I guess, I shouldn't let Nancy of the Blue Swallow know that, but, we never did sneak Tima past Nancy and Kevin.  They were amazed the first night we had Tima at our stay there that Tima stayed on the front stoop of our motel room, and was quiet the whole night, except one time when there really was something to bark at. 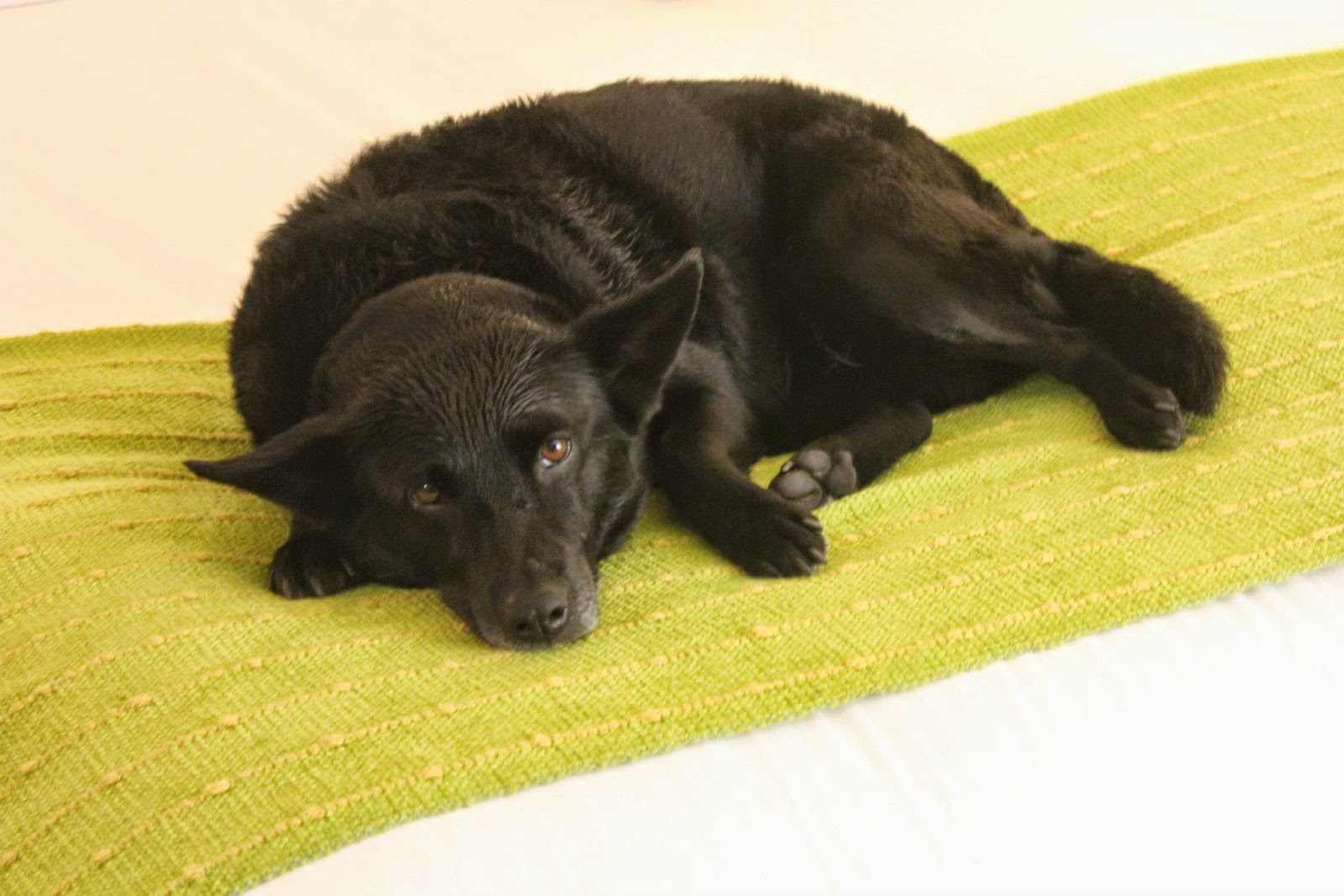 Tima put up with a lot from us.  She was so much more than we deserved.  We are so lucky.  We terrified her with our storm chasing.  She would get wet for us in the rain.  She would freeze in the winter and bake in the summer, and she complained little except to give us those deep soulful looks.  Many people remarked that her name should be Yoda, because of her Yoda like ears.  When she was alerted to something, her ears would stand straight up, and she would look just like a german shepherd.  Her ears were a dead giveaway to the way she felt and to her moods.  We would say, "c'mon  Tima, ears up!"  Also, we would ask if she could give us a tail wag, which she would just to make us happy.  She was very conscientious of everything.  She would give up a seat for you.  She really only lived to please others and to make people happy, even at the expense of her own happiness. 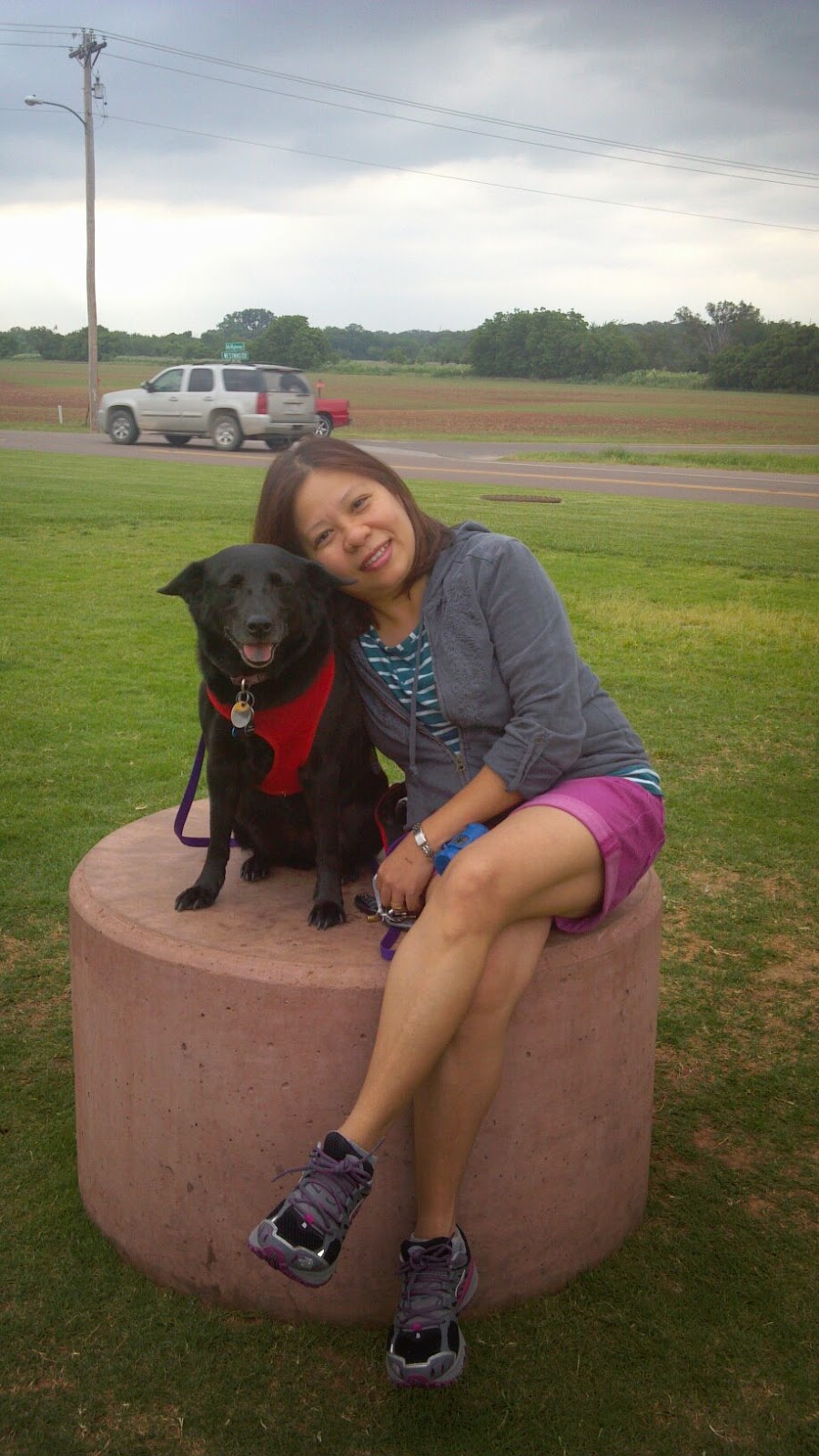 Tima taught us a lot.  She taught kindness and patience.  She was Buddha in a dog.  She lived to be in the moment.  When we got mad or raised our voices, she would get terrified and hide.  She would give us the big black eyes and hang dog look she was too famous for.  We would have to try to lower our voices to make her not be scared.  A friend of Tima's once said that when she walks away, then stops and looks back at you with her hang dog expression, she looked like Eeyore from "Winnie the Poo."  I am so sorry for all the pain and discomfort I caused her through life.  Like I said, she was much more than I deserved. 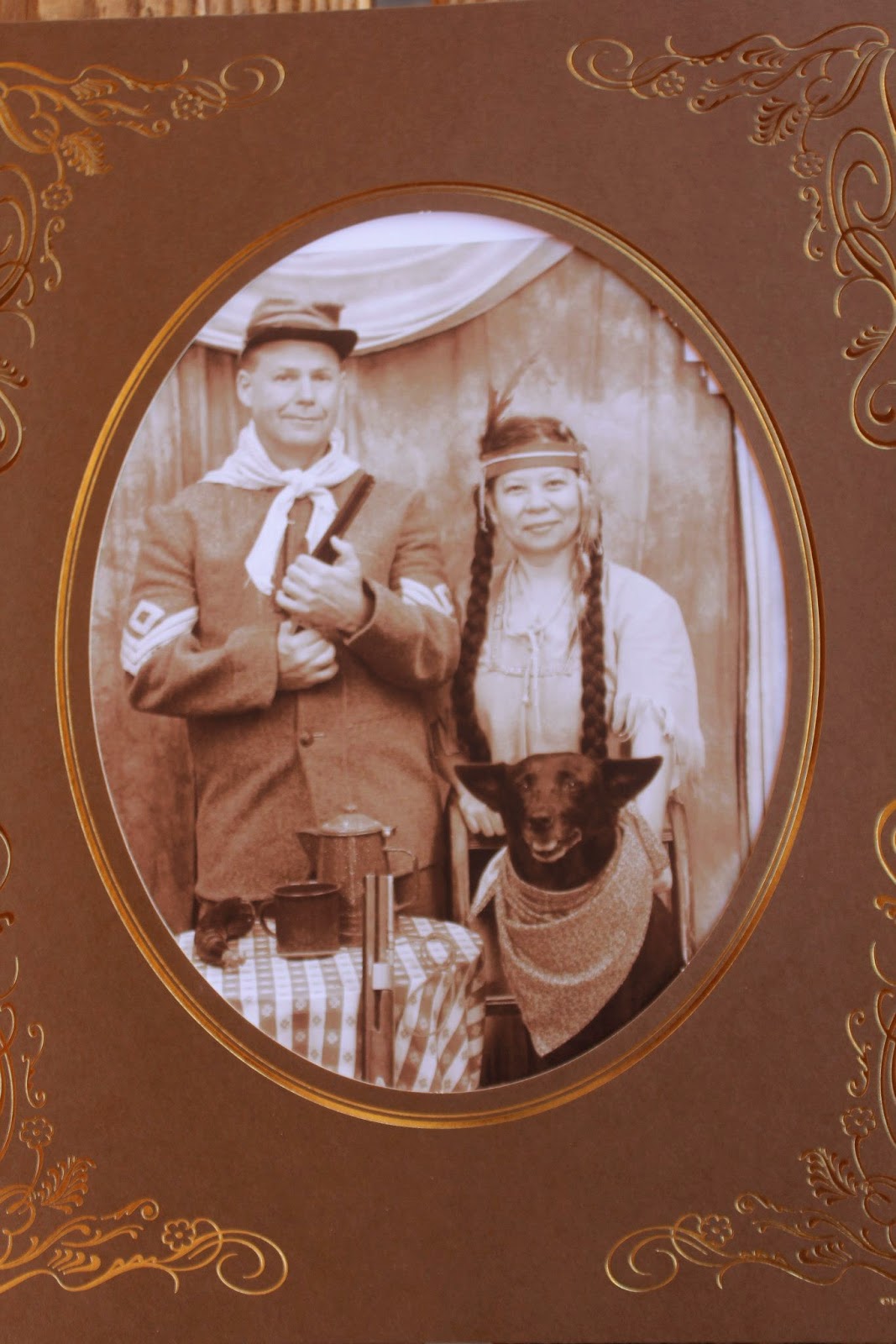 We got Tima a companion in 2012, Stella.  Tima mentored poor Stella, who had issues.  Tima guided Stella very patiently and taught her a lot.  Stella and Tima were inseparable.  Stella became Tima's shadow.  Tima was Stella's security blanket.  Stella looked to Tima as her example and would not do anything without Tima's approval. We did not really ever know how old she was.  We figured she was about a year old when she adopted us in 2004.  She didn't have puppies.  So that would put her birth date at about 2003.  We kind of put her birthdate at March 1st, but we never really knew when it was.  She gradually got grey around the snout and eventually had a grey muzzle.  We knew she was getting old, but didn't want to think about it.  In 2012, I noticed she was getting tired on our walks, and wasn't getting around as easy.  I knew some day we would have to face the reality that Tima was not for ever. 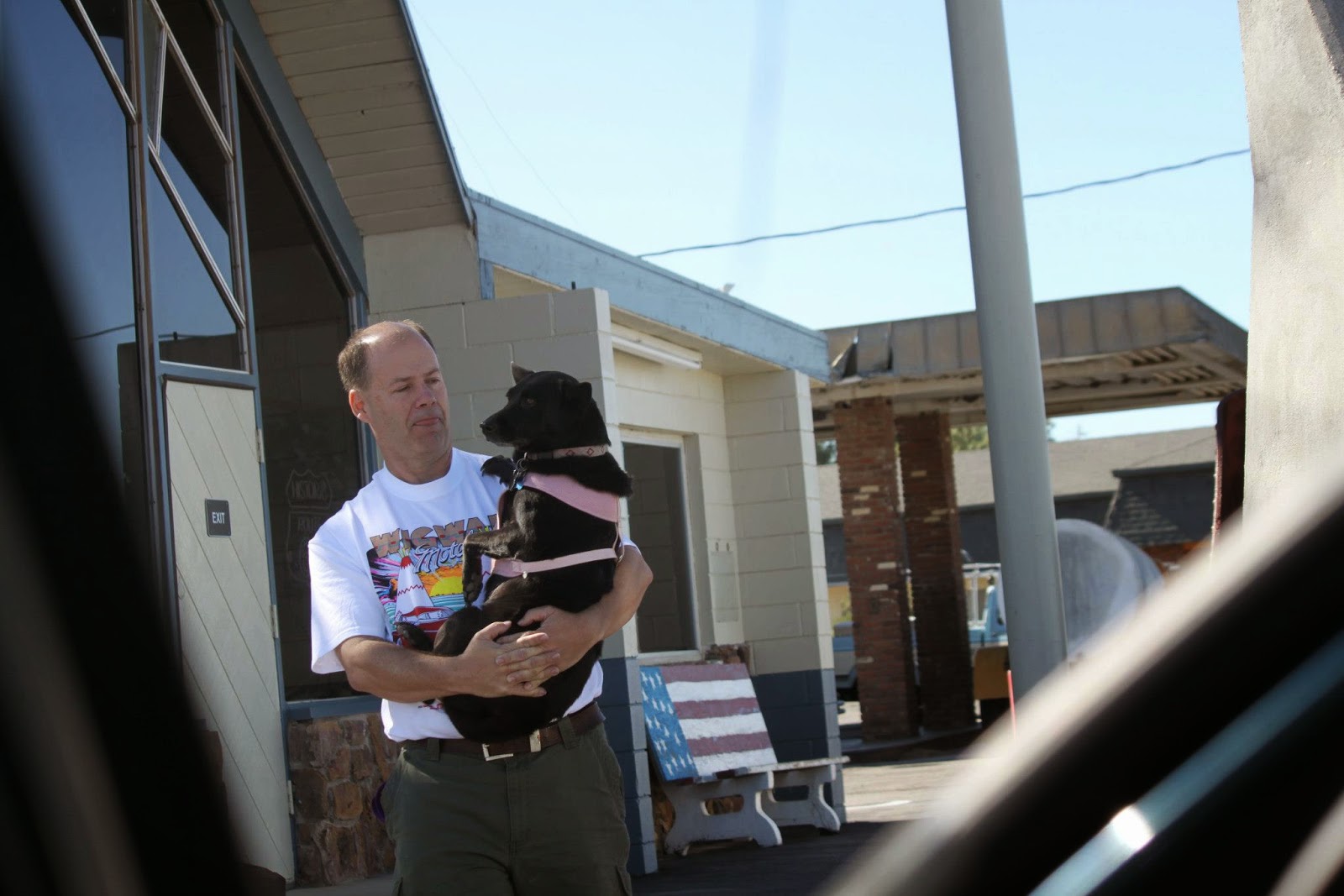 On an unseasonably warm day in February, I took Tima and Stella to the dog park.  I even said to myself "better take advantage of the time, we don't know how many of these days we have left. 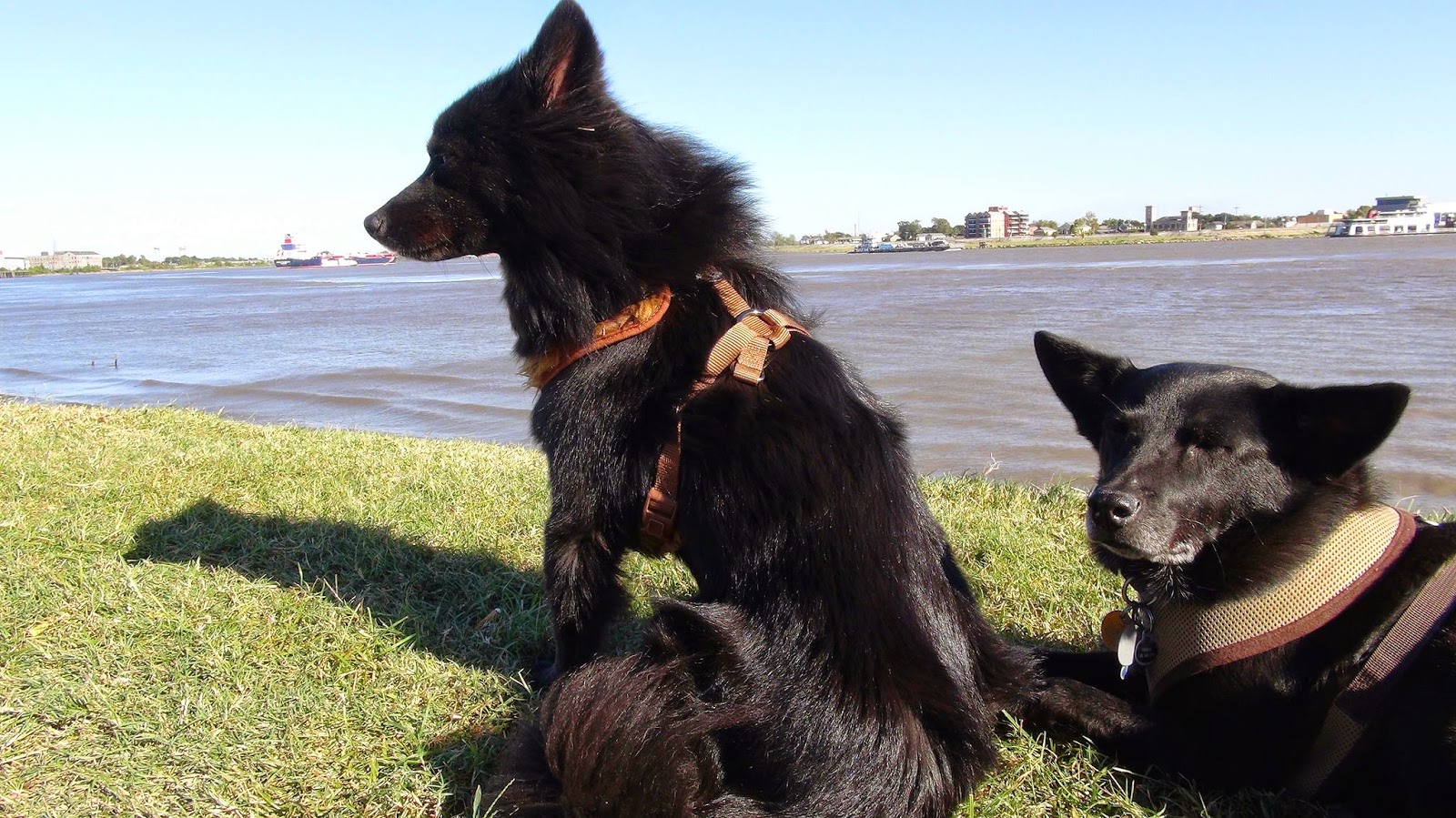 This story does not have a happy ending, yet it is a very happy ending.  I hope that Tima had a full and good life.  I am lazy, slothful and did not take the moments with Tima that I should of.  I hope she forgives me for that.  The end came quickly and typically -- Kidney failure.  We did our best, and exhausted every hope.  We went to three vet clinics.  Nothing is too good for our Tima.  Last night, the vet took x rays and said that her heart was enlarged, she was showing signs of bleeding in her lungs.  Well, you know, she was suffering, and we could not bear it.  Even in her suffering, she was fighting to stay with us, to keep us happy.  We had two nights of quality time with her.  This morning was so hard us, but the decision had to be made.  The time we dreaded had come. 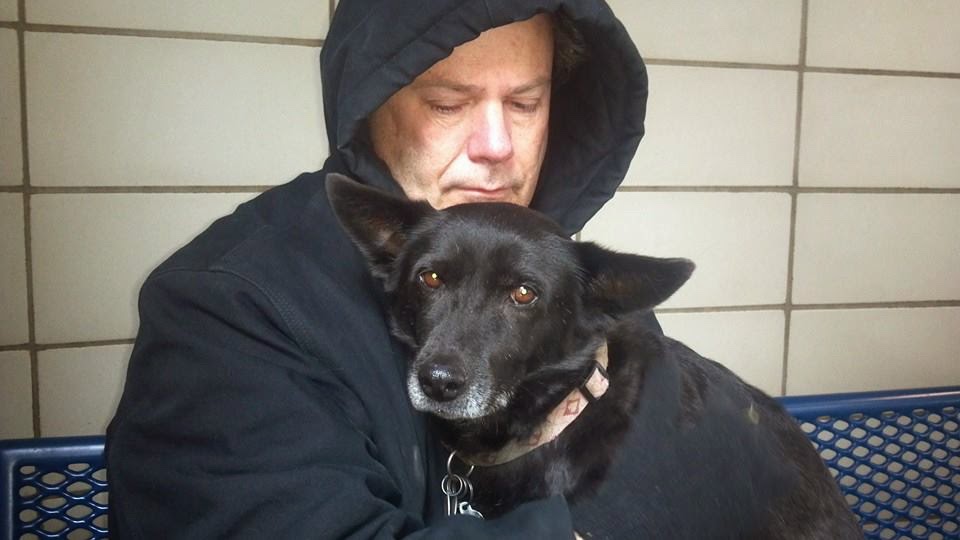 I will always remember Tima in her last moments on earth.  The weather has been crummy cold these past few days.  We wish that Tima could see one last spring, one more birthday.  Winter is cruel.  However, Tima and I sat on the sidewalk together and basked in the sun.  We have done this many times.  It doesn't matter where she is, she loves to just sit and watch and soak in the sun.  She had enough strength to do this one last time... one last lesson.  Even though I could not stem the flow of tears, and there have been many, this moment, this perfect moment of Zen together, we said goodbye. 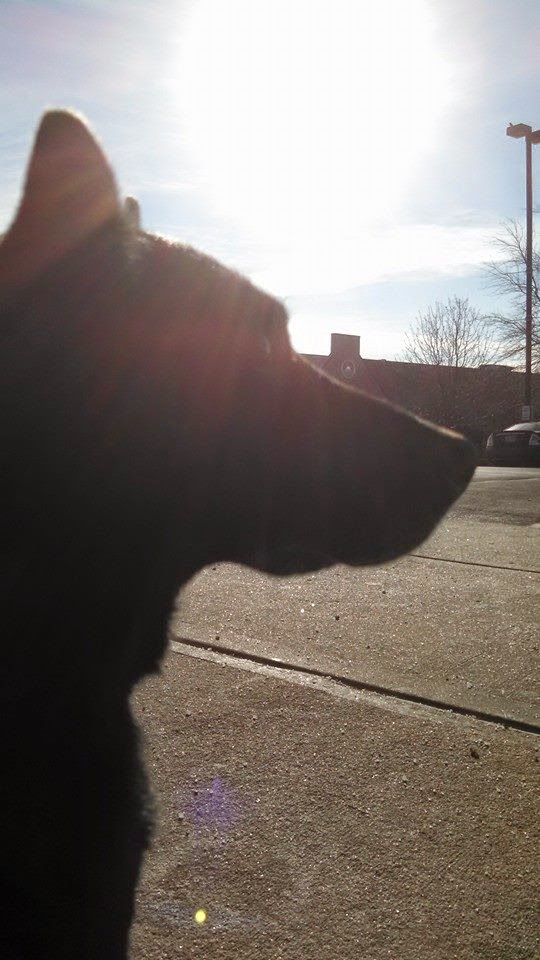 Tima, you are my best friend, and I love you.  I will miss you always....
thank you for being my friend, goodbye....
Tima on her last day...

Posted by Stella Svoboda at 01:54 No comments: